We started out as the Midwest Gas Association (MGA) when a handful of local gas companies gathered in Des Moines, Iowa to share problems and ideas. Since then we’ve grown substantially and today proudly serve nearly 100 gas and electric energy delivery companies. First Chair: L.L. Kellogg

The Natural Gas Act is passed giving the Federal government authority to set “just and reasonable” rates over interstate pipelines.

The first employee was hired to manage and run the association. Prior to this year MGA was entirely run by volunteers.

Deregulation of the pipeline industry begins.

MGA expands its territory from 13 to 14 states by adding members in Ohio.

The Pipeline Safety Act is passed, resulting in the Operator Qualification (OQ) Rule.

MGA was at the vanguard of the pending OQ Rule and was instrumental in developing the industry’s first and most comprehensive online and in-person learning, testing, and recordkeeping resources to aid our members in responding to the OQ rule.

MGA becomes the first association to create consensus based tests and learning materials for the entire gas industry.

MGA takes over management of the National Gas Rodeo (which began in 1991).

Electric only distribution companies begin to join MGA as members.

We became the Midwest ENERGY Association (MEA) to reflect our expansion to both electric and natural gas members and the addition of conferences and courses for the electric industry.

The Final OQ Rule is published and goes into effect October 26, 1999.

We added a new, even more cost-effective option for our members with the introduction of a new membership type. This membership type (Level II) included all the traditional benefits of MEA membership – access to our nationally-recognized operations conferences and roundtables, participation on our subject matter expert committees, access to our members’ successful practices – along with unlimited access to our entire library of gas or electric eLearning courses.

In April, Jim Kuchler, field operations supervisor with Nicor Gas and Chair of the MEA Gas Distribution Committee, suggest that MEA start a woman’s group called “Energetic Women“. By July of that year, the Leadership Team is formed.

MEA made membership all-inclusive – combining the programs and services of Level I membership and Level II membership. In addition, as a result of the continuing strong financial position of the association, MEA began a significant multi-year dues reduction program while at the same time expanding the program offerings available to members.

MEA launched a refreshed brand identity under MEAenergy.org and is doing business as “MEA Energy Association” with the tagline “MEA Learning Empowers” to state our vision of remaining a viable learning association well into the future and to reflect that our online training and national events serve a larger territory than 14 states. MEA redefines its mission from: “furthers operational excellence in energy delivery by providing resources that continually improve members proficiency, efficiency, and safety.” to “We empower the energy industry through education, leadership development, and industry connections.”

At the same time, MEA declared its vision to be the preeminent association connecting, educating, and inspiring the energy industry. 21 short videos packed with practical tips and tools focused on defining vision and strategy, execution and delivering results, developing self and others, and leading change. 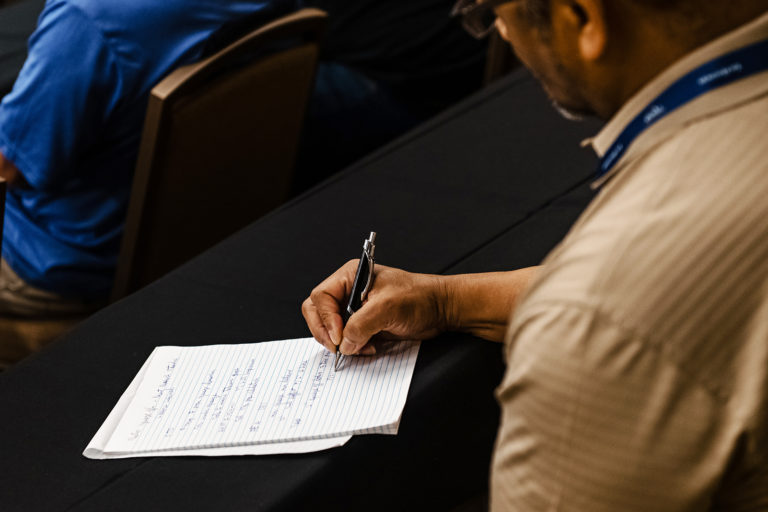 This one-day train the trainer course provides attendees with the skills and confidence to share their industry knowledge with peers.

Host the training at your company.

MEA offers over 430 online training and testing courses for 192, 195, ASME, OSHA, electric, and utility basics as well as paperless evaluations and scannable badges for instant verification of requirements through EnergyU. The course content is consensus based and developed by subject matter experts.

A quarterly, members-only publication from MEA! This complimentary magazine is available by mail (if you’re feeling the screen fatigue) and/or digitally via email or app. We feature member interviews, industry articles, and more.

Learn More
Back to top